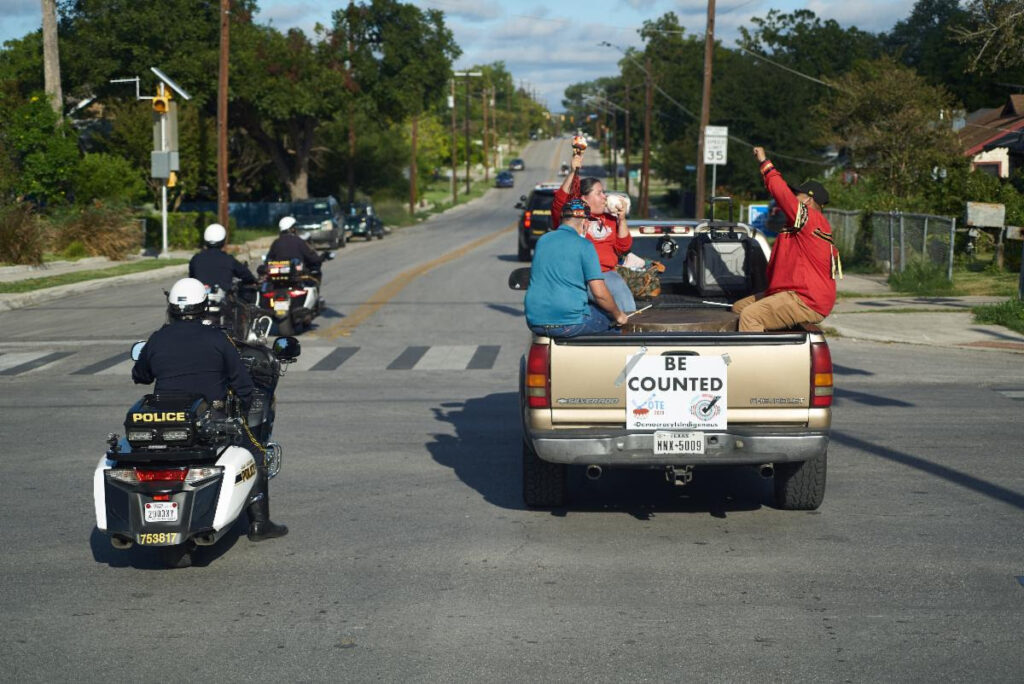 Bringing the Vote to the Community – American Indians In Texas

In the heart of Texas, the American Indians in Texas (ATI) decided that the best way to spread the word about the election safely was to bring the message right to the community. For this, they organized a Democracy is Indigenous car parade, marching through San Antonio neighborhood’s with a conch, drum, care packages, and information about the most important election in the country’s history. 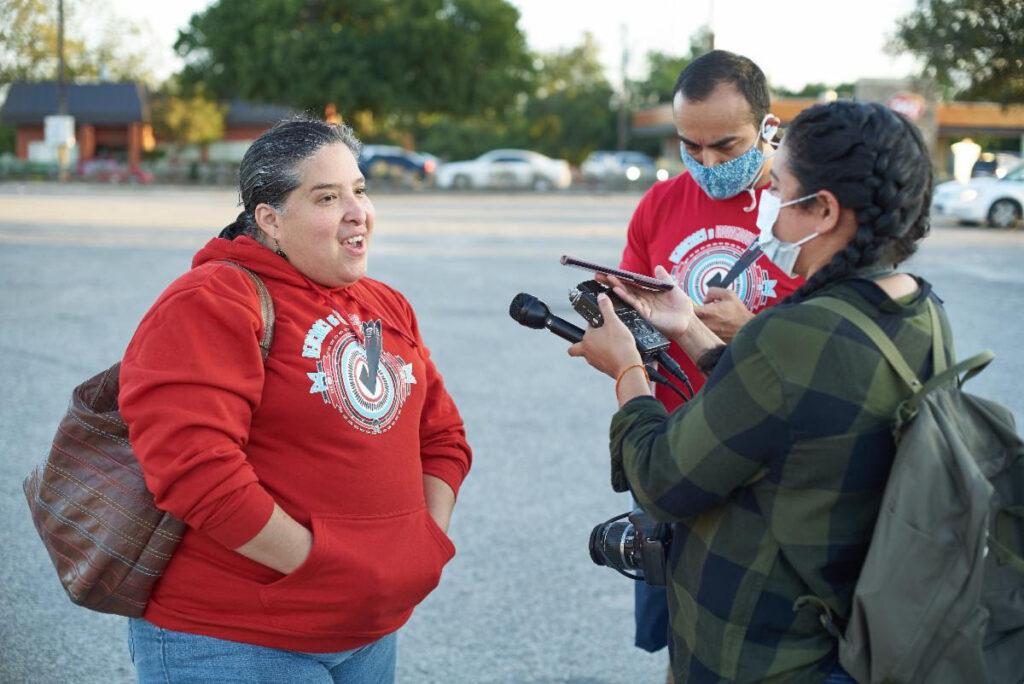 The parade was strategically designed to run through the neighborhoods with the highest population of indigenous people in the east and southside of San Antonio. It was also coordinated with the city, which provided the caravan with a police escort to help them stay safe and limit traffic. As the energy of the parade flowed into the neighborhood, the organizers saw people come out to cheer them on and learn more.
“One of the best things about this parade is that we’re reaching people who would not normally come to one of our traditional events” said Maximo Anguiano, a Communications Consultant with AIT. “We brought the message and the energy straight to their neighborhoods. You saw kids that had been cooped up inside for weeks coming out to celebrate with us!” 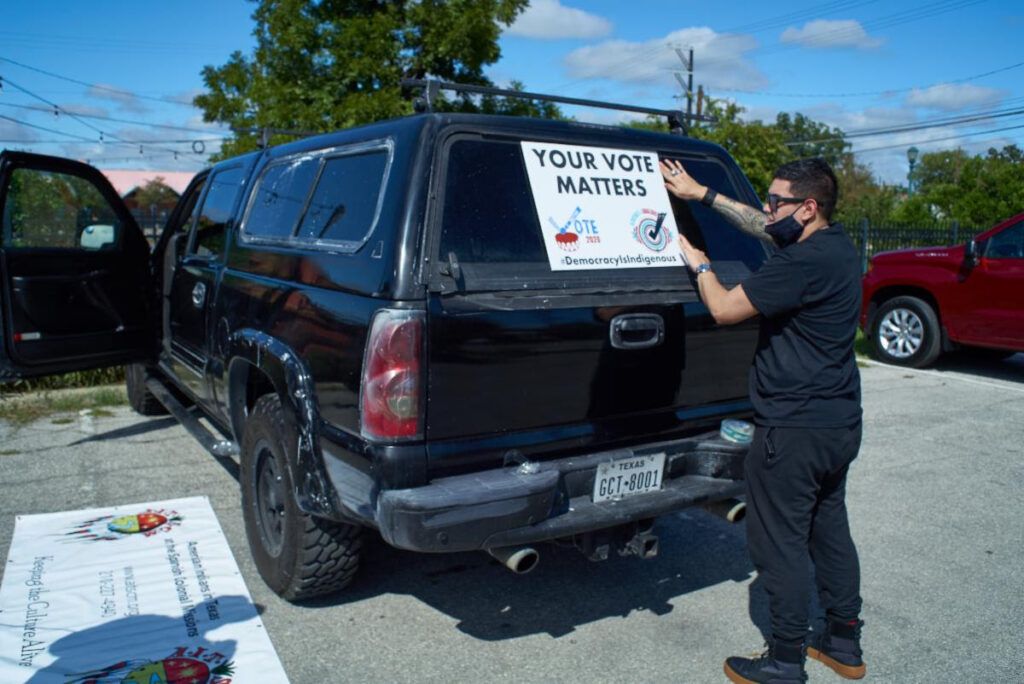 Over the three hours of the parade, the half dozen cars interacted with hundreds of people and provided them with masks, gloves, hand sanitizer, and literature about registering to vote. The success of the event has motivated AIT to plan two more parades over the last 33 days of the election. By going to where the people are, the AIT is showing why they are the bedrock of the indigenous community in Texas.
“AIT has a longstanding presence in San Antonio, it’s one that people trust and know they can ask for help,” said Anguiano. “They know when we come, we are here to help the community and are not just looking for a vote. Our work comes from a positive space, we are there to nourish the community.”
Red more Here