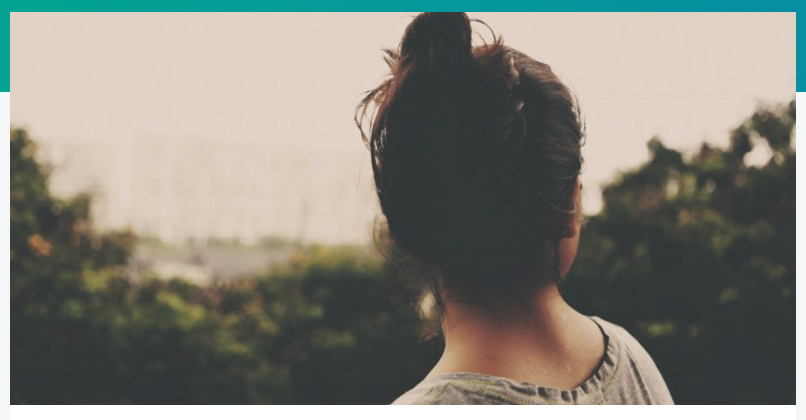 With OJJDP support, the Youth Collaboratory developed a toolkit for youth service providers to build their understanding of the commercial sexual exploitation of child. The National Council of Juvenile and Family Court Judges, with OJJDP support, has developed the National Judicial Institute on Domestic Child Sex Trafficking to help judicial officers better understand the dynamics of domestic child sex trafficking, the applicable laws and legal considerations involving trafficking victims, how to identify trafficked and at-risk children, and how to connect these youth to appropriate services.

Visit The Office of Juvenile Justice and Delinquency Prevention (OJJDP)  for more information on how  they support local, state, and tribal efforts to prevent delinquency and improve the juvenile justice system.

The Trafficking Victims Protection Act (TVPA) of 2000 is the first comprehensive federal law to address trafficking in persons. The law provides a three-pronged approach that includes prevention, protection, and prosecution. The TVPA was reauthorized through the Trafficking Victims Protection Reauthorization Act (TVPRA) of 2003, 2005, 2008, 2013, and 2015. The Act authorized the establishment of the State Department’s Office to Monitor and Combat Trafficking in Persons and the President’s Interagency Task Force to Monitor and Combat Trafficking in Persons to assist in the coordination of anti-trafficking efforts.

In 2018, the National Human Trafficking Hotline, a resource supported by the Administration for Children and Families (ACF), U.S. Department of Health and Human Services (HHS), received 41,088 contacts with nearly 11,000 cases of potential human trafficking reported. Of those contacts, 7,838 were calls from victims and survivors. Approximately 72% were cases of sex trafficking and 11% were cases of labor trafficking with minors accounting for approximately 22% of all trafficking cases reported to the hotline.

The Department of Justice‘s anti-trafficking efforts involve numerous components engaged in investigating and prosecuting human trafficking crimes, stabilizing and supporting trafficking victims, and expanding outreach and training. The Civil Rights Division, Criminal Division, U.S. Attorneys’ Offices, Federal Bureau of Investigation, and Office of Justice Programs all play important roles in the Department’s broad-based anti-trafficking efforts. Many of these components contain multiple offices or sections that each work on different aspects of the fight against human trafficking. OJP’s Office for Victims of Crime (OVC) helps victims find local programs, helplines, compensation programs and more. OVC provides resources for U.S. citizens both inside the U.S. and abroad as well as international victims. One such resource is a searchable database that allows victims to search by type of crime, such as human trafficking.

OJJDP funds the Specialized Services and Mentoring for Child and Youth Victims of Sex Trafficking Initiative to increase the availability of direct support services for children and youth who are victims of commercial sexual exploitation, facilitate outreach efforts, and develop organizations’ capacities to mentor this vulnerable population.

Since 1998, OJJDP has supported the Internet Crimes Against Children (ICAC) Task Force program, which operates a national network of 61 multiagency, multijurisdictional task forces engaged in investigations, forensic examinations, and prosecutions related to technology-facilitated child sexual exploitation. In FY 2019, ICAC task force programs conducted more than 81,000 investigations and 85,700 forensic exams. These efforts resulted in the arrests of more than 9,500 individuals. Additionally, the ICAC program trained over 39,570 law enforcement personnel, over 3,770 prosecutors, and more than 13,120 other professionals working in the ICAC field.

OJJDP also support the National Center for Missing & Exploited Children (NCMEC), which serves as an information clearinghouse and resource for those who are searching for missing children and working to address child victimization and sexual exploitation. The center operates a 24-hour toll-free Missing Children’s Hotline and a CyberTipline. In 2018, there were over 424,000 reports of missing children made to law enforcement in the United States.

The OVC Human Trafficking site provides access to a searchable matrix of services for trafficking victims — including outreach, legal/court advocacy, specialized, mental health, emergency shelter and intensive case management — from organizations that are funded by OVC and Bureau of Justice Assistance grants. Also see the Services and Task Forces Map for easy access to this program information. 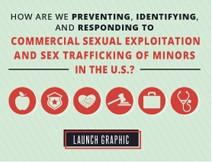 Following are examples of websites that provide information and resources on human trafficking: