Illuminatives Celebrate the Power of the Native Vote! 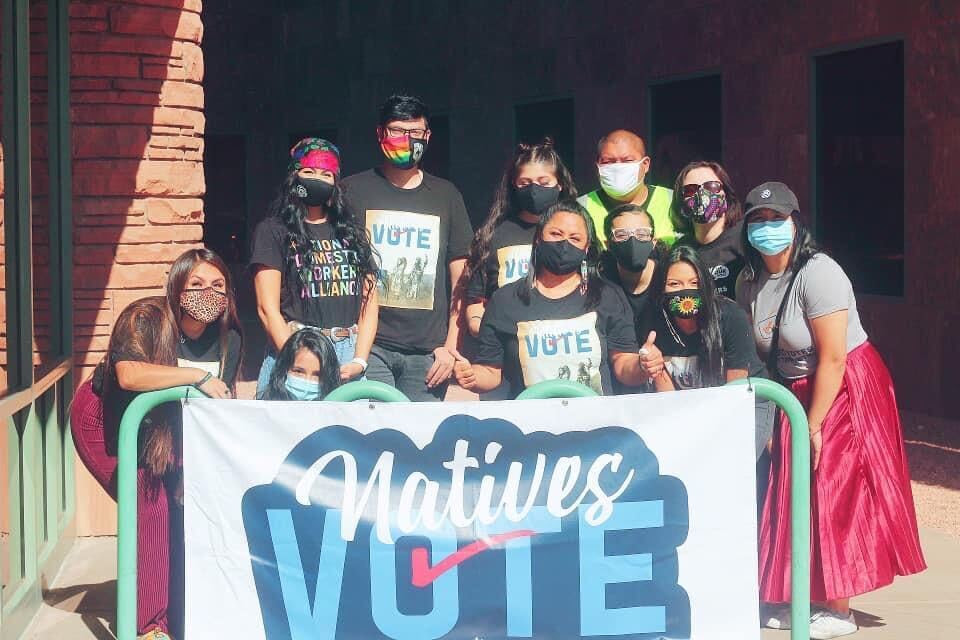 The fierce determination of Native peoples and all our relatives to be seen, heard, and counted in this election powered historic change.

Native peoples voted in record numbers and we had a decisive impact. Because of your support, our #NativesVote campaign, organized in partnership with Native Organizers Alliance, helped inspire and mobilize this historic Native voter turn-out across the country and in key states including Arizona, Nevada, Wisconsin, and Minnesota.

The #NativesVote campaign brought Native artists and storytellers together with Native thought leaders, organizers and influencers to activate the tremendous power of the Native electorate. The campaign:

Along with unprecedented Native voter turn-out, historic numbers of Native peoples ran and were elected to local, statewide and national office in this election! More Native women ran for House and Senate seats in this election than in any other. Six Native Americans will serve in the U.S. Congress next term. Dozens of Native candidates were elected to statewide offices, legislatures, and the courts, from Kansas to Wyoming to Arizona.