The injustice of the COVID-19 pandemic could spur higher voter turnout.

Read more in the Global Citizen Native Americans have long faced barriers to the ballot box. The United Nations calls on countries to ensure universal voter turnout to protect democratic integrity. You can join us in taking action on related issues here.

The COVID-19 pandemic highlighted and exacerbated multiple forms of injustice on tribal lands throughout the United States, endangering Native Americans in ways that echo across history.

The ongoing lack of clean water access prevented many Native Americans from adhering to the hygiene standards advised by public health authorities. Widespread lack of electricity and internet access meant that people on reservations often had trouble getting the latest information and alerts on the virus. The relative absence of grocery stores on reservations meant that many people often had to travel into high-risk areas to get essential supplies. And the underfunding and understaffing of health care facilities on tribal lands meant Native people often couldn’t get the COVID-19 care they needed.

All of these factors culminated in disproportionately high COVID-19 infection and mortality rates on tribal lands. The Navajo Nation, for example, at one point had the highest per capita infection rate in the country.

When the federal government then delayed relief funds to tribal authorities, the lack of Native representation in the government couldn’t have been made clearer, according to Derrick Beetso, citizen of the Navajo Nation and general counsel at the National Congress of American Indians (NCAI).

“My boss likes to call it the perfect storm — it’s a tinder box, if you will,” he said. “What we saw with COVID-19 really highlighted all these disparities.”

For many Native people, it brought the issue of political representation close to home, he said. If the interests of tribal members were taken into consideration at the local, state, and federal levels, then the pandemic wouldn’t have had such a devastating impact on communities because resources would have been made available well in advance.

Native representation in government has become an urgent matter for efforts such as Native Vote, a nonpartisan initiative from NCAI, trying to register voters, recruit poll workers, raise awareness of key issues, and increase voter turnout for the 2020 election.

Because the COVID-19 pandemic happened so close to the 2020 election and magnified the issues facing Native communities, it could activate voters and lead to higher turnout rates.

“All the decisions that are made in DC in respect to Indian country have a huge impact in people’s day-to-day lives,” Beetso said. “When people understand that framework, voting starts to make more sense.” 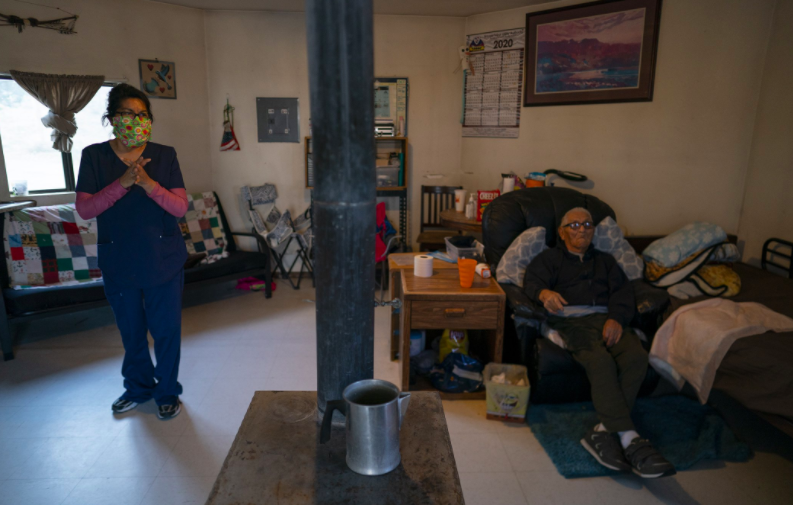 Native Americans have struggled to have their voices heard in US politics for the past 500 years, and the genocide and displacement they’ve historically experienced still reverberates today.

Native Americans became US citizens in 1924, but weren’t fully guaranteed the right to vote until the passage of the Voting Rights Act of 1965.

Even today, voter suppression and barriers to the ballot box prevent full civic engagement. In fact, Native Americans have the lowest voter participation rates in the country, according to the American Bar Association.

Native Americans often live in rural, remote areas, and this geographical isolation often means they’re unable to make it to polling sites that are far away. Pair this isolation with the fact that many Native people lack easy access to transportation, and voting becomes extremely difficult.

To complicate matters further, tribal elections are often held at different locations from other broader elections, which can cause confusion around where to vote.

The digital divide — or the lack of access to internet access on tribal lands — means that many Native people aren’t able to access crucial information on upcoming elections, whether its where to vote, what the requirements for voting are, or what the prospective candidates stand for.

Many Native people have P.O. boxes instead of physical addresses. As a result, they’re often barred from registering to vote. Further, many IDs issued by tribal authorities aren’t accepted by state authorities.

Voting by mail can be even more difficult for Native Americans, as mail services are less likely to reach them.

The widespread poverty on tribal lands presents its own form of structural barriers to the ballot box, according to NARF, while Native Americans also face intimidation efforts at polling sites and misinformation campaigns leading up to elections.

These and other challenges deeply impact voter turnout and prevent Native Americans from having full representation within US government, according to the report. They also take place amid a history of broken promises, reneged treaties, and civic sabotage.

In 2018, for example, Rep. Deb Haaland (D-New Mexico) became the first Native American to serve in Congress. In the upcoming election, Native votes can prove decisive in key swing states, according to Vox.

Native Vote is working to make sure that the full political force of Native Americans is felt in this election and the years ahead. 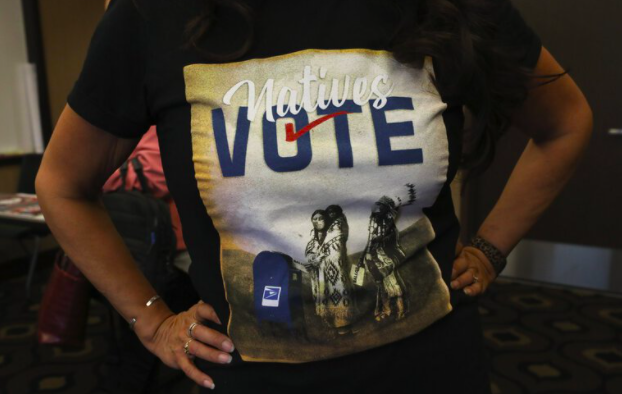 Native Vote situates its voter engagement campaigns in both the broad arc of history and the struggle of day-to-day life.

Past generations of Native Americans fought for the right to vote to gain greater sovereignty.

“My grandparents historically voted and never missed an election,” Beetso said. “We’re really trying to pass on this value of participating in the political process.”

At the same time, voters today can advance this vision of sovereignty by voting and securing victories at the ballot box.

Life on tribal lands is heavily influenced by federal agencies such as the Bureau of Indian Affairs (BIA), Bureau of Land Management (BLM), Department of Interior (DOI), and Department of Health and Human Services (DHHS).

These agencies distribute funds, build infrastructure, and enact regulations in ways that influence health care, energy access, water access, education, the preservation of sacred sites, and more. By electing candidates that vow to protect Native interests, voters can improve how these agencies respond to their needs and ultimately secure better resources and financial support.

Native Vote is working with local nonprofits and coordinators to register voters, inform people about the nuances of local and state elections, remove barriers to the ballot box, and help people develop plans for voting.

Young voters, in particular, have the chance to make a difference in the upcoming election. There are more than 1.2 million Native Americans over the age of 18 who weren’t registered as of last year.

Beetso said Native voters care about bread-and-butter issues like budgets for health and education services, the management of their land, and how natural resources are used. They’re also leading advocates for climate action.

While the COVID-19 pandemic further exposed how Native Americans have been overlooked as a constituency, it also demonstrated extraordinary tribal resilience.

Long-standing community aid programs helped tribal members access food, clean water, hygiene supplies, and health care and have become a model for mutual aid across the country. Community organizing like this could ultimately sow the seeds for future civic engagement.

“It’s given us a lot of hope that when these things happen, tribal folks can come together,” he said.

Global Citizen and HeadCount have teamed up to launch Just Vote, a campaign mobilizing young Americans to register to vote ahead of the 2020 election and beyond. As part of the campaign, your favorite artists and entertainers are offering exclusive experiences, performances, and memorabilia — and they can only be unlocked once eligible voters check their voter registration status. Learn more about Just Vote and how you can take action here.