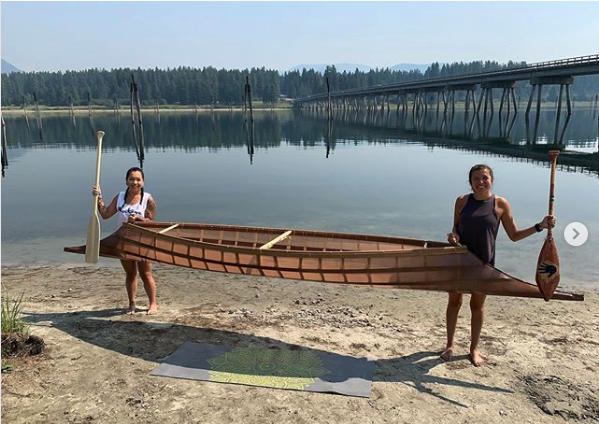 National UNITY Council (NUC) Rocky Mountain regional representative ArriAnna Henry-Matt, Bitterroot Salish, shared her experiences building a salishan sturgeon nose canoe to join her relatives on the Qlispé canoe journey. This was a historic event, as it has been over a hundred years since the upper Seliš have been paddling with their relatives. The UNITY Executive Committee member helped share the traditional teachings behind canoe making with her community members. This traditional art holds deep significance and cultural roots that are being revitalized locally.

The coastal indigenous people of the Northwest Coast of North America, were the makers of canoes from the western red cedar tree. These people made several varieties of the best canoes ever fashioned. Early explorers and missionaries were impressed by the construction, sophistication, size, speed and grace of such fragile looking canoes. With the thick forest, dense brush of the Northwest coast and the amount of goods to be carried to summer fishing sites, much of the traveling was done by water. 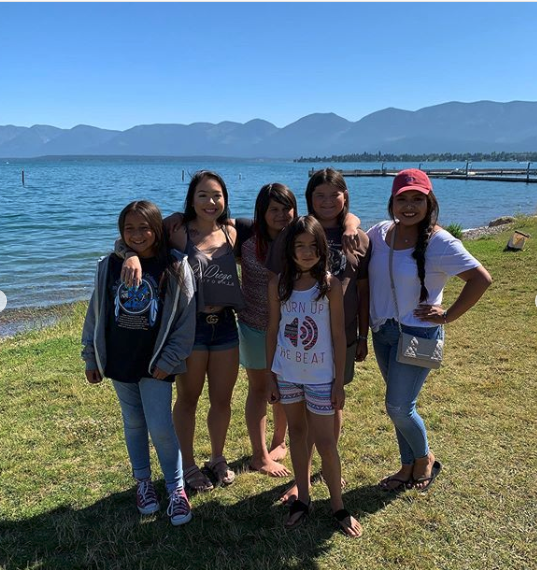 NUC  representative Henry-Matt shared how she “paddled in the Qlispé canoe journey this summer, reconnecting the upper Salish to a tradition that has been restricted over the years. This ceremony means a lot to me. It’s been over a hundred years since the bitterroot Salish have paddled in the canoe journey. I feel very honored to be part of this revitalization for my community and hope that other Native youth take up this experience in the future.” 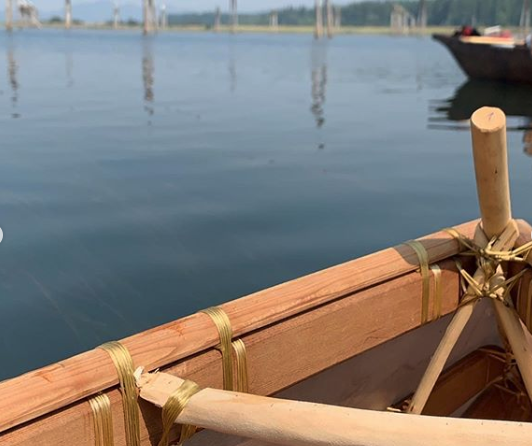 The Flathead Reservation is comprised of three tribes; the Bitterroot Salish, Upper Pend d’Oreille, and Kootenai tribes. The Bitterroot Salish and Upper Pend d’Oreille (pronounced Pawn do-RAY) became the “Confederated Salish” and together the three entities were soon called The Confederated Salish and Kootenai Tribes.  The Salish lived off the land and migrated seasonally around western Montana to where food was found. The Salish had an ancient network of trails, paths, and areas where they would gather these resources. 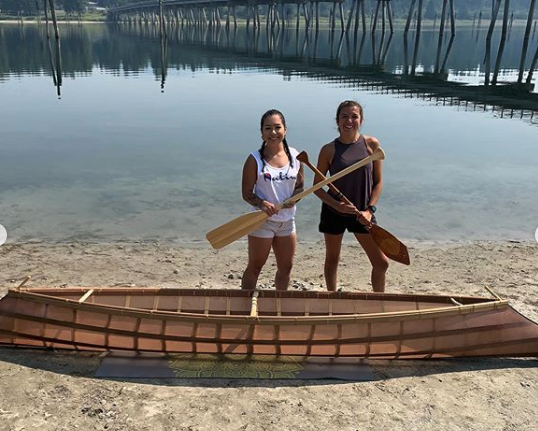 There are a number of different styles of canoes each being made for a certain use. The most common canoes in the Coast Salish area are, Northern (Haida), Nootkan/West Coast, Coast Salish, Salish shovel-nosed river and Coast Salish racing. The size range from large war type (Northern/Haida) canoe to smaller canoes handled by one person or for river use. The war canoes would be over 60 feet long, over 8 feet wide and 7 feet high at the bow.

When families would move to their summer fishing villages they would tie two canoes together and place planks across the canoes, being able to haul more goods. The planks across the canoes were also used for ceremonies when arriving at other tribal villages. The ceremony is for telling the identity of the arriving tribe, is done with songs, dances, traditional greetings and asking for permission to come into another’s tribal territory before landing. In the past these ceremonies, depending on the importance of the arrival, could take hours. 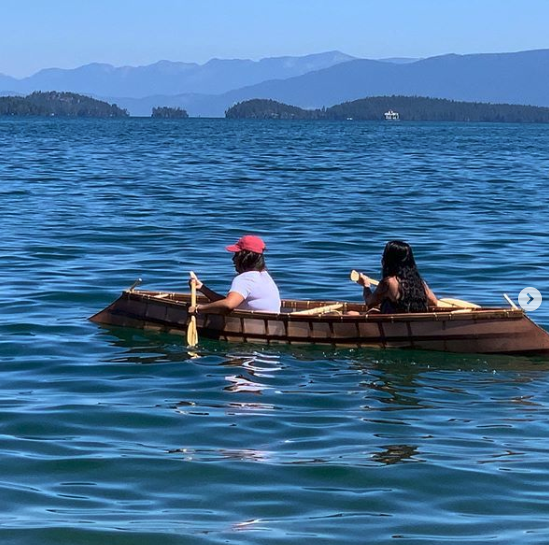 Once the shape is formed and adzed, then canoe is ready to be steamed. Steaming is the final shaping of the canoe and is very curial. If the steaming is done wrong the canoe may crack or split in half. Starting early in the morning, rocks are heated to red hot in a fire pit not far from the outside of the canoe hull. Water is poured into the bottom of the canoe the hot rocks are dropped into the water. Using paddles or sticks the boiling water is washed up the sides of the canoe to help speed the softening. Mats (or a plastic sheet) are then placed over the canoe helping the steam soften the sides. The out side bottom may be scorched with lighted torches to add heat and harden the wood. When the sides start to spread thwarts are used to form the shape and are lashed into place. Once the canoe cools the thwarts will hold the shape and may be used for seats. Before epoxy sealer heated dogfish oil would be rubbed into the canoe inside and out. The life span of a canoe if used hard maybe only ten years, if used only on occasion and well cared for, thirty or more years. 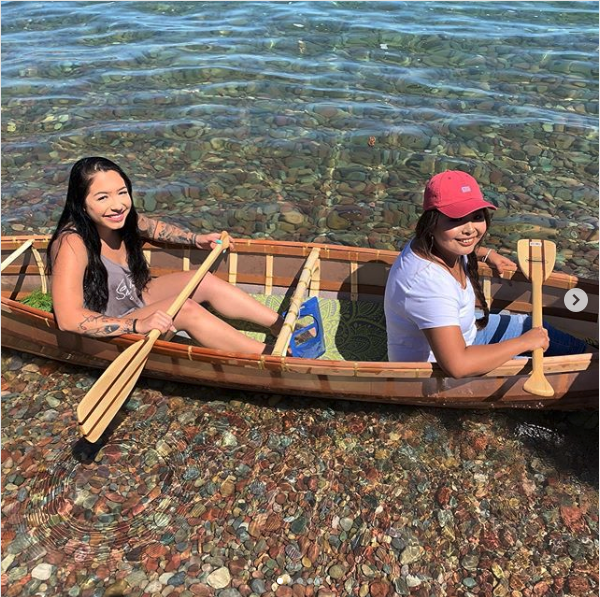 When traveling in a canoe sails are often used. There are differing opinions regarding the use of sails before contact. Boas stated that the wood slat sail was the type Native people of the Northwest Coast used before contact. Thin split western red cedar wood slat boards were sewn together (12 square feet for use on a 35 foot traveling canoe). There were sails made of woven cattail, rush, cedar bark, as well as the cedar boards. With contact the canvas sails were a highly prized trade item. Not having a keel or rudder, the canoe could not quarter or sail into the wind, but a stiff following breeze propelled canoes with welcome speed.