Statistically Significant: How the NUIFC is Making Sure Natives are Counted in 2020 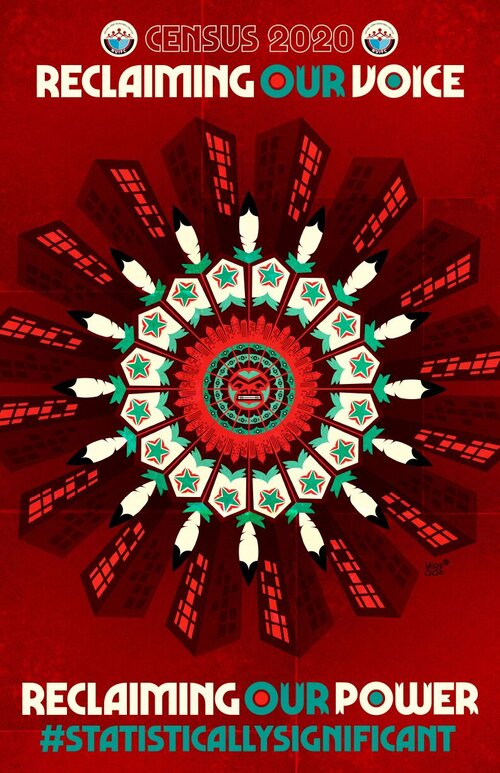 Every decade, a national survey is conducted that guides the federal government’s funding decisions, congressional apportionment, resource allocation, and much more. The impact that the 2020 Census will have is going to be profound on many levels as it will shape and define every community’s future.

Sadly, this massive civic project has historically, had a horrid success rate when it comes to counting the American Indian and Alaska Native population. In 2010, the Native community was the highest racial undercount of any group at nearly 5 percent, which cost our communities billions in federal funding. For the NUIFC, these failures are unacceptable and have led us to create the most ambitious urban Indian Census initiative in modern history.

The NUIFC’s Census strategy is best broken down into three specific categories; historic partnerships, urban Indian center support, and national messaging. Each of these branches draws on the NUIFC’s coalition building strengths and our understanding of how to best connect with the diverse urban Indian population.

“Our organization’s strength around the Census comes from years of power building with partners and communities around the country,” said Rio Fernandes, NUIFC’s Communications and Projects Director. “With any civic engagement initiative, we understand that large swaths of our people feel invisible and disenfranchised and it’s easy to understand why. The only way to pierce this dangerous pessimism is by empowering trusted voices, like community leaders, and connecting with urban Indians through messaging that actually resonates with them.”

To build a nationwide Census network, the NUIFC has entered two national partnerships. The first is with the Urban Indian Health Institute (UIHI) and Center for Native American Youth (CNAY). This partnership allows the NUIFC and UIHI to share resources and strategies between our urban network that spans across more than 60 cities. CNAY will focus on empowering youth leaders to increase Census awareness, with particular focus in the south and southeast US, where NUIFC’s presence is smaller. We are also working with The National Congress of American Indians (NCAI) and the Native American Rights Fund (NARF), two pillar organizations of Indian Country advocacy. These two organizations have built generational trust with tribal governments and officials and will focus on connecting with individuals that fall outside of the NUIFC’s urban network, guaranteeing that natives are counted in all 50 states.

The NUIFC believes that our biggest strength are our partner centers across the country. It’s this understanding that’s guides our center support strategy, which has seen us make a variety of resources available for their use. Financially, the NUIFC has committed more than half a million dollars to our different centers to fund events, initiatives, staff, and anything else they believe would help their Census effort. We will also be providing them artwork, digital media toolkits, posters, and helping connect them to one another for support.

As a national organization, the NUIFC is also going to put out its own messaging that will be applicable in any city. We have begun production on a public service announcement that will target urban Indians in more than 70 metropolitan markets and will be rolling out a national digital outreach strategy that will connect individuals around the country to different Census efforts.

These three pillars of our Census strategies will continue to evolve and grow as the Census unfolds. This moment is one that the NUIFC has been preparing for years and we are excited to empower our people to reclaim their voice and reclaim their power.