UNITY: It Takes a Village 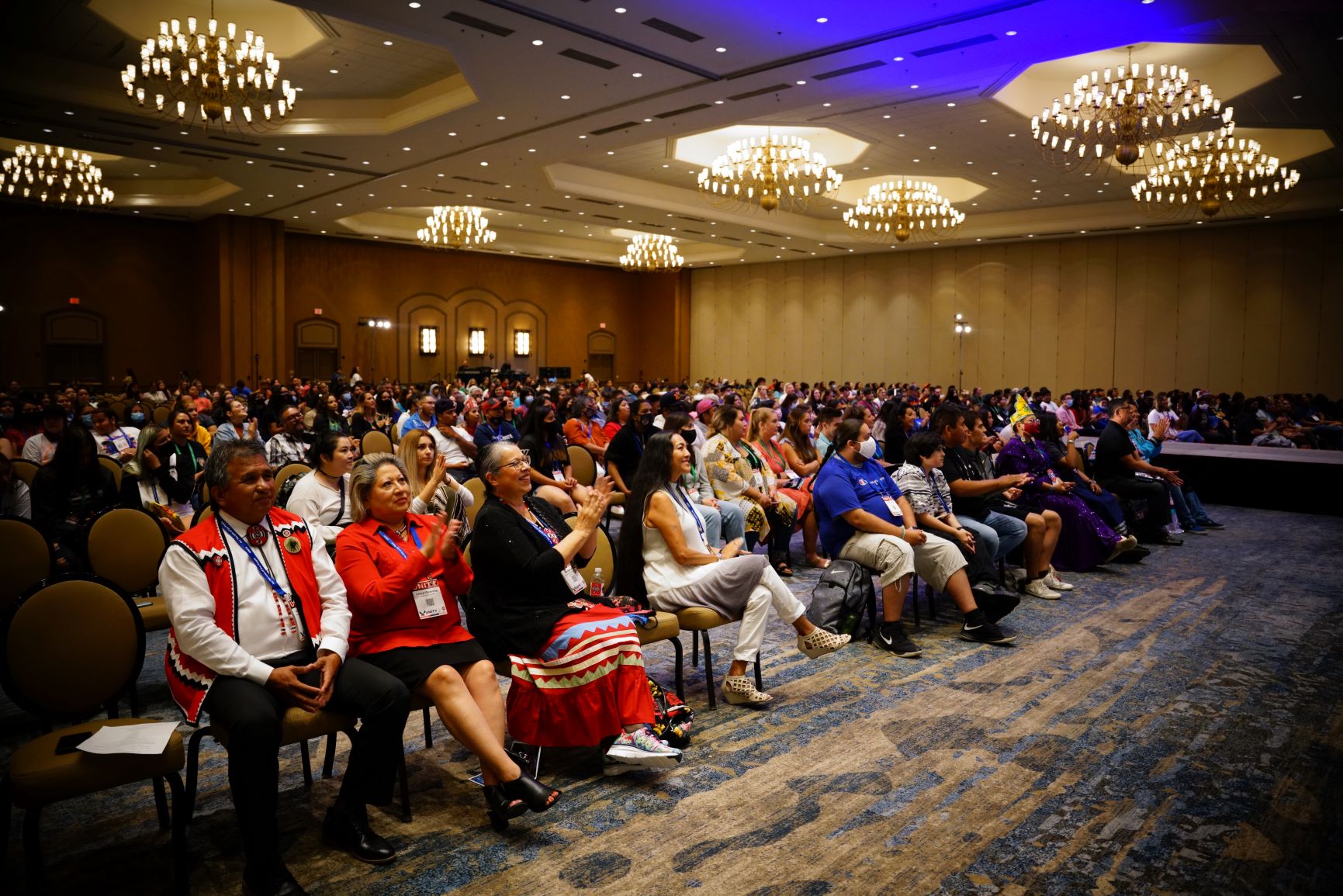 Much appreciation goes to everyone who played a role in all the moving parts that made the National UNITY Conference possible. The UNITY staff is a small team of 6 people. Together we set up camp in Dallas for 6 Days bringing youth together in person and virtually. We are so thankful for the enthusiasm and eagerness people have to serve and give to UNITY. They truly took the conference theme to heart, “Building Resilient Leaders and Lifelong Connections.” This event successfully came together with many, many hands. Every individual’s efforts enhanced the UNITY experience for the youth who participated. It Takes a Village.

Team UNITY made it happen! A team of 157 youth, trainers, facilitators, workshop presenters, volunteers, and partners. UNITY takes pride in hosting events “led by Native youth.” Indeed, 2021 was no different. Native youth leaders collectively launched the 2021 National UNITY Conference. It all started months ago when the National UNITY Council Executive Committee (NUCEC) produced the conference theme with ideas for presenters and programming. They worked hard to promote the event to youth in their regions. At the conference, youth leaders from the NUCEC, Peer Guides with the Healing Indigenous Live Initiative, and Earth Ambassadors put their energies together to set up, assist with surveys, introduce speakers, serve as greeters, conduct workshops, and emcee activities.

Texas had a very active and engaged Local Planning Committee (LPC). They represented various Native organizations in the Dallas area and the host Tribe, Alabama Coushatta Tribe of Texas (ACTT). Together they provided people power recruiting many volunteers, ACTT Veterans Flag corps, workshop presenters, FireKeepers, cultural presenters, and Tribal Leaders to speak and pray at each day’s general sessions. The LPC worked together to contribute supplies, such as the firewood for the UNITY Fire and giveaways in conference bags. They gave their time to work at registration, making banquet decorations, and serving during the conference. The LPC and Volunteers represented the Urban Inter-Tribal Center of Texas, Indigenous Institute of the Americas, Inter-Tribal Council of AT&T Employees, Mitotiliztli Yaoyollohtli (Heart of the Warrior), Aztec Dance Group, Senior Community Service Employment Program, Chief Kina Health Clinic, Dallas Indian Mission and ACTT Youth Council. 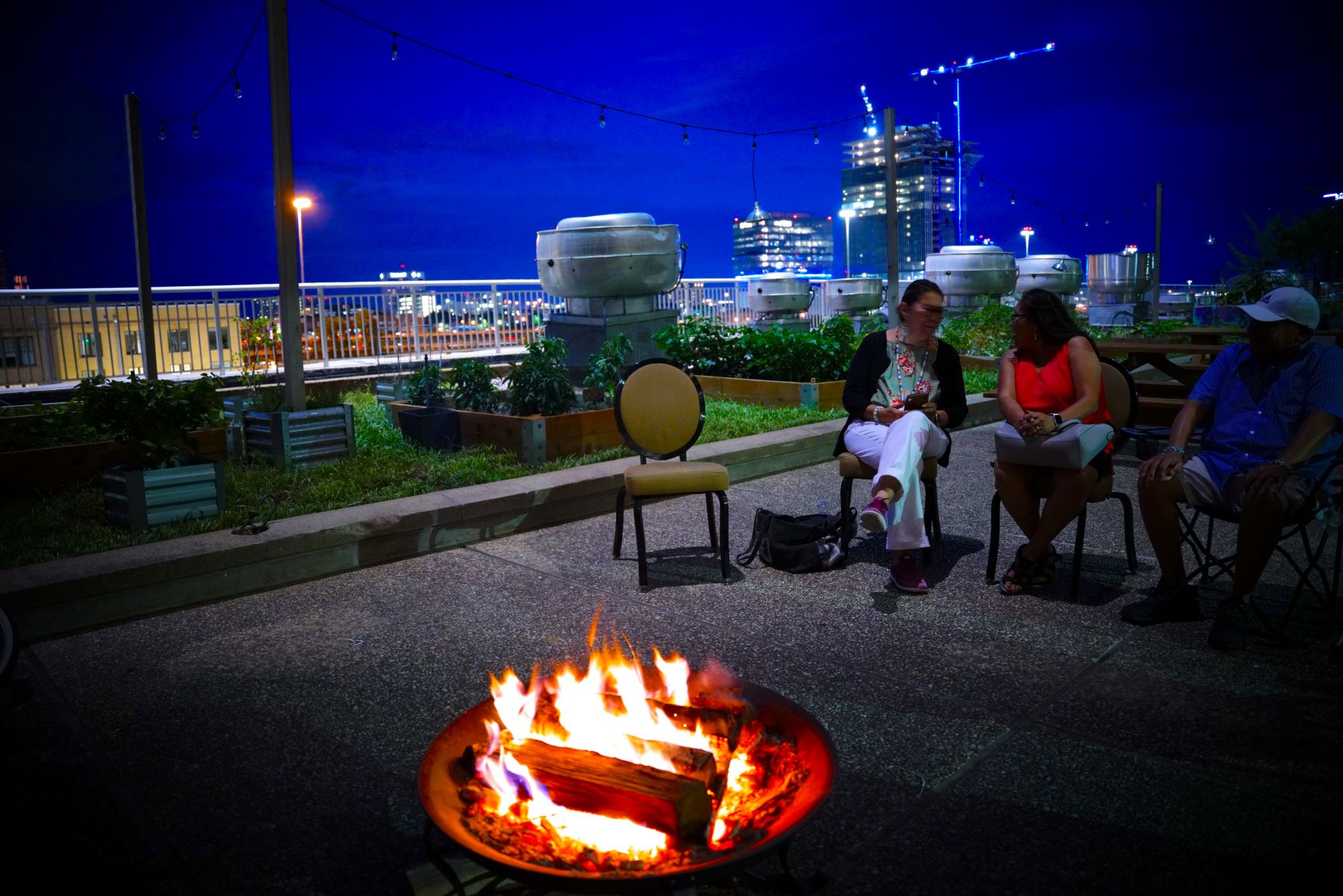 Advisors are a key component to the success of all UNITY events. More than 200 Advisors and Chaperones did the hard work of recruiting and attending the conference alongside their youth, whether they traveled to Dallas or encouraged their youth to watch from their devices. Youth Councils thrive because of the adults who advocate on their behalf to host their meetings, organize and complete projects. Youth Council project reports were also highlighted at the NUCEC Business Meeting.

Team UNITY has incredible people who serve year after year, such as DJ and Stage Director, Marcus Guinn aka “Emcee One.” Guinn and youth trainers Chance Rush, Pearl Yellowman, and Juanita Toledo kept all the wheels moving for the conference agenda. They guided and trained the Youth Leaders on organizing, introducing speakers, and preparing public speaking. The UNITY Drummers Michael Killer, Junior Sierra, and Corey Still welcomed youth and others to sing with them and conducted workshops. The UNITY Fire has faithful firekeepers, including SleepyEye LaFromboise and family, Hunter Genia, Sheldon Smith, Leon Leader Charge, Gary Steves, and Eurick Yazzie. Jared Massey, Will Mosley, Cordell Parker, Joshua Tso, and the AV Company produced the UNITY News and Communications during the conference sparking social media and live streaming. 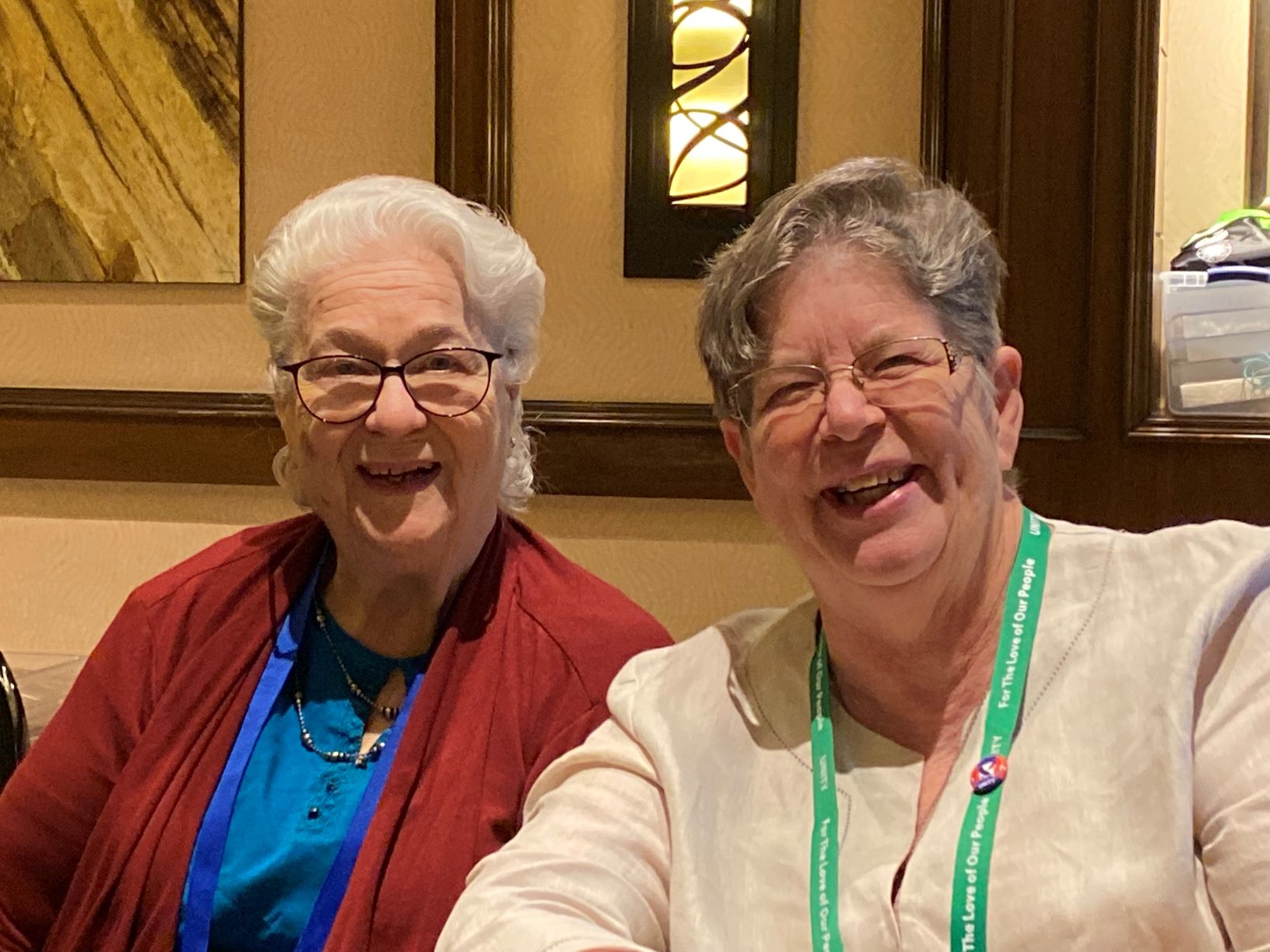 Alumni continue to support UNITY, and several visited the conference this year. Jan English returned, who served on the UNITY Council of Trustees for 33 years; a special family attended the conference who volunteered in the 1980s, 1990’s and early 2000s, 92-year-old mother, Vena Prophitt, with daughters Penny Prophitt and Liz Valentine. Eileen Crocker stepped up to lead Zumba Classes each morning. Hunter Genia returned and brought Leon Leader Charge and Eurich Yazzie to assist with the UNITY Fire and conduct workshops. Lynnann Yazzie facilitated the College and Career Day Expo and assisted exhibitors, Native Artist vendors, and workshops presenters.

We are thankful for the Native artist vendors and exhibitors. They add to the excitement of the event. Partners such as Bank of America, Nike N7, Urias Communications, Whiteskunk Accounting and Consulting LLC, National Center of American Indian Enterprise Development, SAMHSA provided valuable In-Kind support.