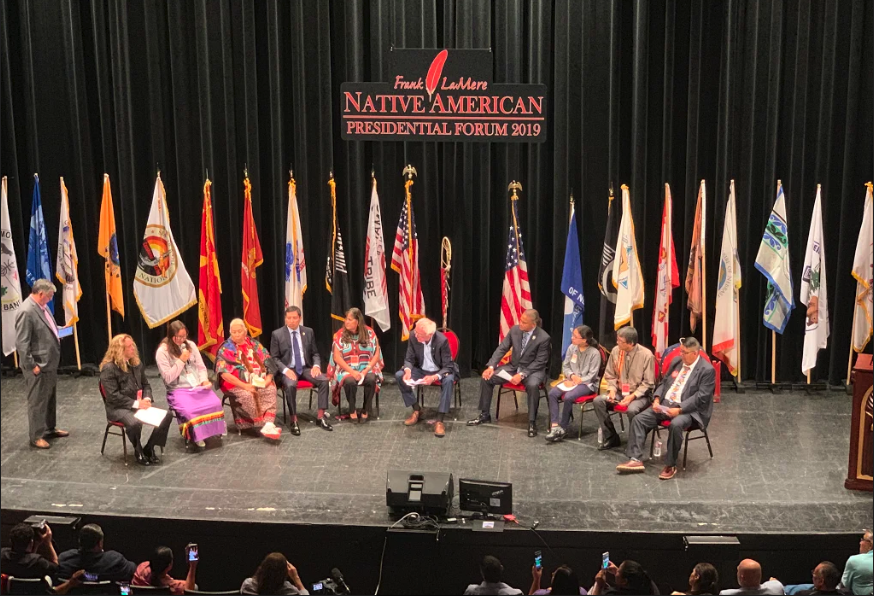 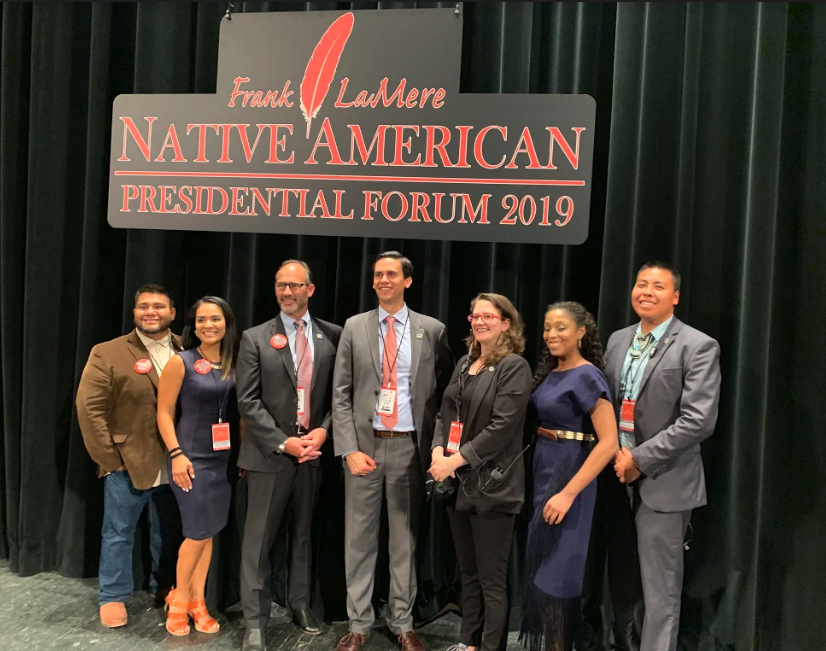 We can’t talk about the future if we don’t have young people here to live the policies that are being talked about and being implemented today. We’re going to be the next elected officials, tribal and even national leaders. We’ve been overlooked for so long, now we’re here helping our visibility by showing that we’re still here and we have an invested interest in these issues that happen every single day.  I am very honored to have attended and make this event the success that it was. I am also happy to have shared the space with the National Congress of American Indians, where I serve as the Youth Commission Co-President and with fellow young leaders, Nancy Deere-Turney (UNITY 25 Under 25), Isabel Coronado, and Jarrette Werk.

According to the Native American Rights Fund: “This forum isn’t about ‘gotcha’ moments. It’s about ‘get it’ moments. We want candidates to grasp the challenges and aspirations of Indian Country. At the two nights of candidate debates in Miami, broadcast to a national audience, not one question or one candidate comment addressed Native American issues. Ignoring this forum in Iowa is ignoring the millions of First Americans who are citizens and voters.” said O.J. Semans, Sr., co-executive director of the national Native American voting rights organization Four Directions.

Watch the recorded sessions at
https://vimeo.com/fourdirectionsvote 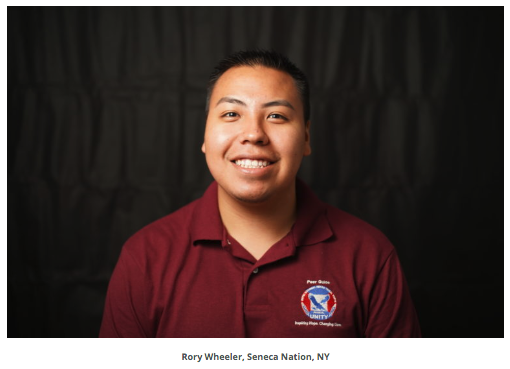 As a UNITY Peer Guide, Wheeler holds an youth advisory role for the Healing Indigenous Lives Initiative, made possible by a cooperative agreement (2018-TY-FX-K002) between UNITY, Inc. and the US Department of Justice, Office of Justice Programs, Office of Juvenile Justice and Delinquency Prevention. UNITY, with its trainers, youth guides, and mentors will offer regional trauma-informed youth leadership development trainings over the next two-years. These peer led asset mapping, youth advocacy and movement building workshops will collect Native youth feedback, from those who have been impacted by trauma and the Juvenile Justice system.