By Kris McBride/EAC. THATCHER — More than 40 members of Eastern Arizona College’s Intertribal Club were honored at a ribbon-cutting ceremony and luncheon to officially open two high-visibility crosswalks on the college’s Thatcher Campus. Intertribal Club members were also recognized for promoting and modeling diversity and inclusion and respecting the contributions of everyone.

“Because of their proposal these areas were turned into high-visibility crosswalks that include warning signage, enhanced striping, and curb extensions,” Haynie said. “The Intertribal Club’s contributions benefit everyone. They consistently focus on the greater good, something that is needed now more than ever.” 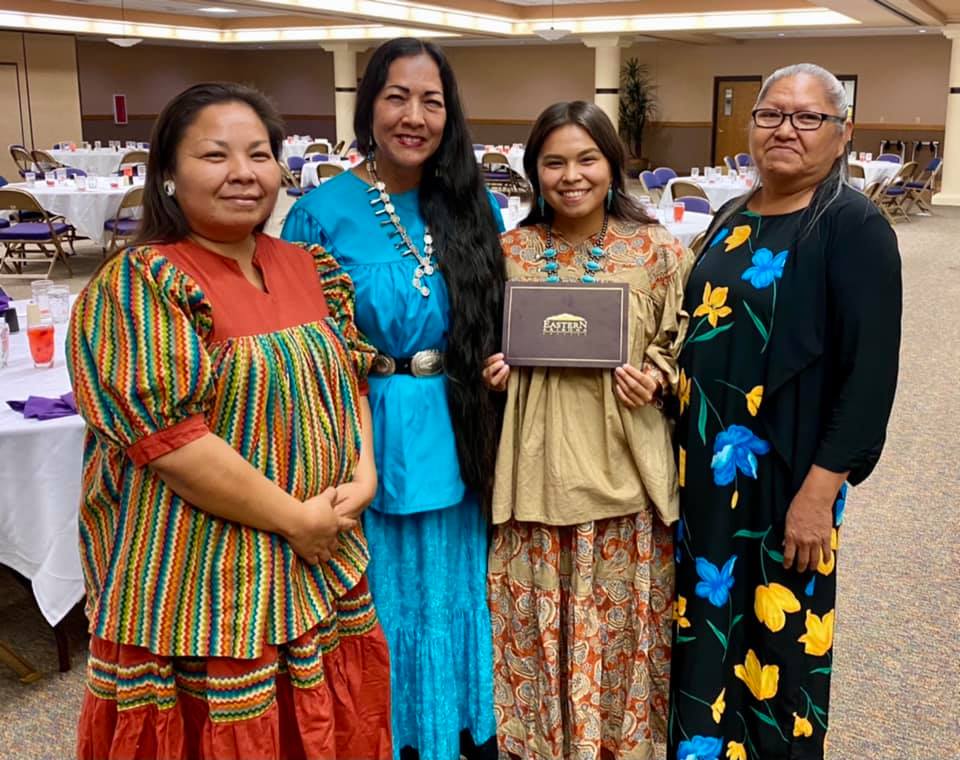 Eastern Arizona College’s Intertribal Club is one of the College’s longest-running and most active student organizations. Since the early 1970s, the Intertribal Club has empowered hundreds of students by raising awareness of indigenous cultures and strengthening college access and success. The club models EAC’s commitment to diversity and inclusion by welcoming all individuals.

“The Intertribal Club is the essence of EAC’s diversity and inclusion goals. Membership is open to all EAC students. In their words, ‘we value who you are, different is cool, just show up!’”

“Creating a community on campus for Native American students is so important,” Titla said. “There are many unique challenges that Native students face. I had many mentors at EAC who took the time to really know me. One was named Paul Phelps, an instructor who saw a spark in me and recognized my love for telling stories. He encouraged me to change my major from elementary education to journalism.” 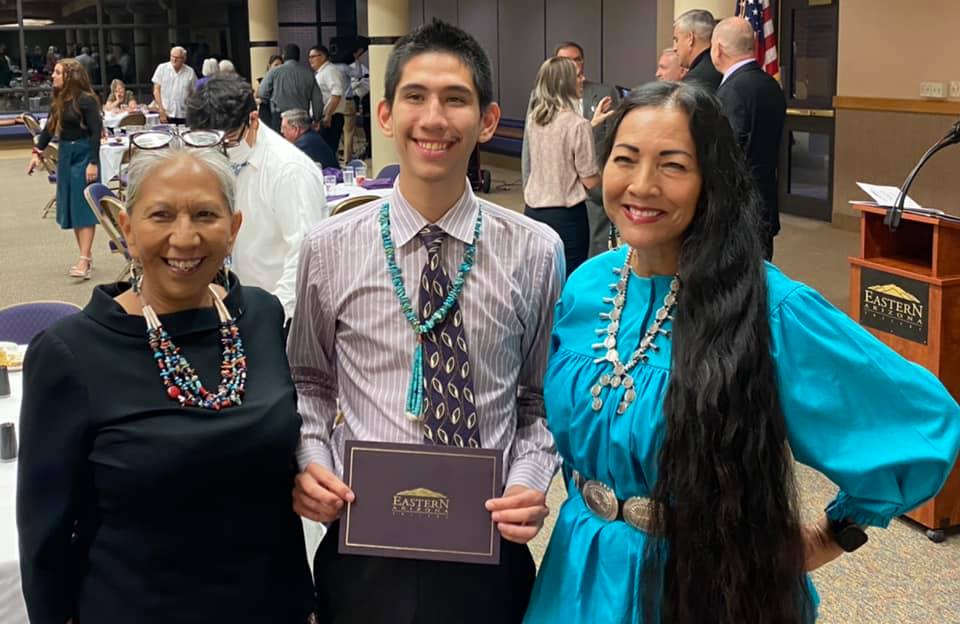 At a luncheon after the ribbon-cutting ceremony, Titla encouraged students to remember their ancestors, to look into their own personal family histories, and remember that everyone has a purpose and role. As the descendent of three Apache chiefs, Titla emphasized the role her family played in her success.

“You are the hope of our people,” she said. “You have to be ready to rise to the occasion and assume leadership roles within your community.”

Titla ended her comments by encouraging students to remember 10, two-letter words, “If it is to be, it is up to me.” She stated that those words have helped throughout her life, and told students that if she could achieve success, so could they.

“Life is not always easy, but never give up,” he said. “We need you to be successful. Not just for yourselves, not just for your families, but also for your communities.”