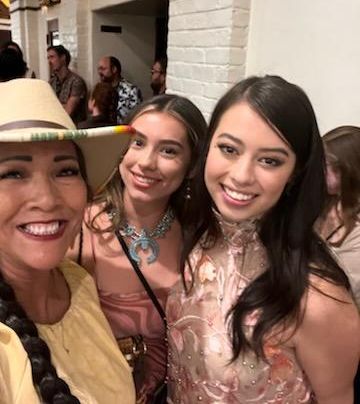 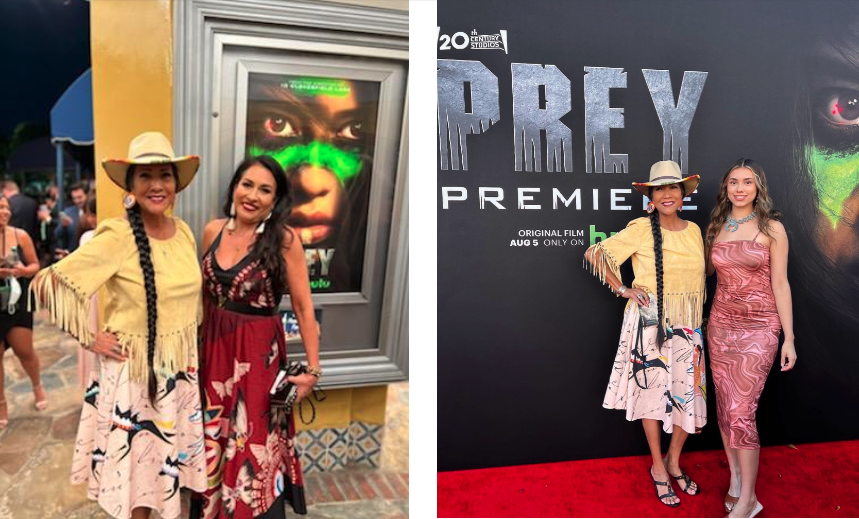 Kipp invited UNITY’s Executive Director Mary Kim Titla, San Carlos Apache, to attend the premiere along with her granddaughter Melia Mosley, Assiniboine/Paiute. Both enjoyed walking the red carpet and seeing all the stars up close. “The amazing response to this film is a true testament to the impeccable talent of Prey’s Native actors and Comanche/Blackfeet producer Jhane Myers. I’m not surprised it’s nabbing record viewers on Hulu. Bravo to all who made this movie a reality. I’m so grateful to actor Stormee Kipp, a UNITY alumnus, for the invite to the Los Angeles premiere. Two big thumbs up!,” said Titla. 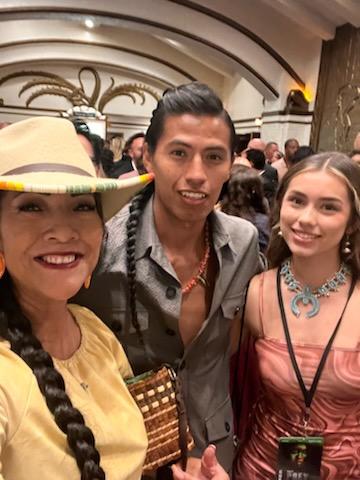 Also attending the premiere were actors Michelle Thrush, Cree, who plays Naru’s mother and the actor who played the predator, Dane DiLiegro. Prey has been the top premiere in Hulu history.