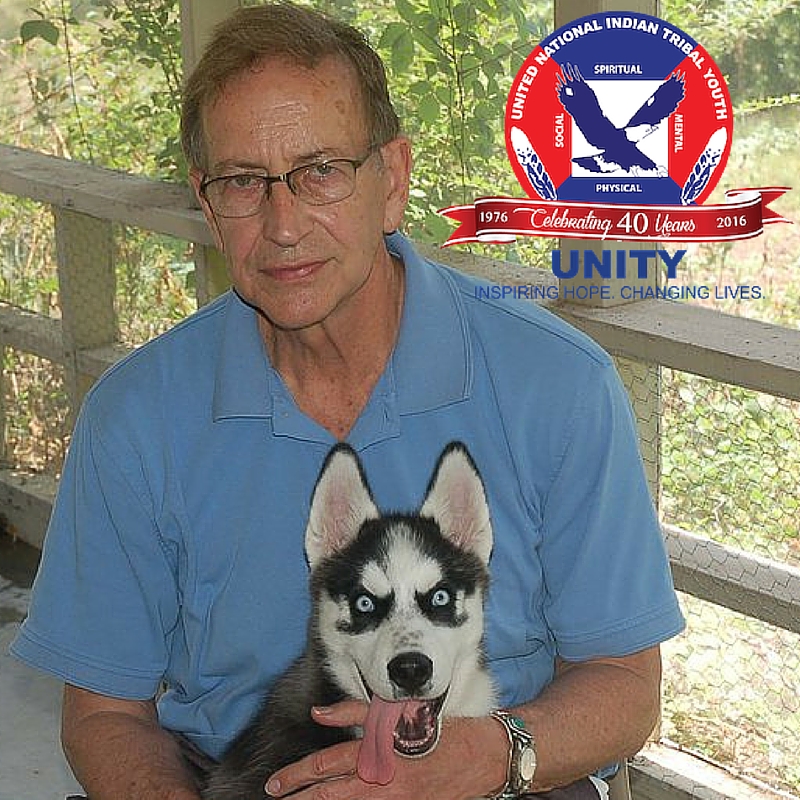 UNITY TO CELEBRATE 40 YEARS ON APRIL 16

In the 1970’s, Cherokee math teacher and coach, J. R. Cook (pictured) was working as the director of one of the nation’s largest Upward Bound programs at Southwestern Oklahoma State University in Weatherford. He saw a lot of potential in American Indian youth, but knew that in order to combat critical issues facing youth, a comprehensive organizational approach was needed.

His vision was to provide positive alternatives to the harmful influences of negative peer pressure, drug and alcohol abuse, high dropout and unemployment rates and high incidence of suicide, so on April 16, 1976, United National Indian Tribal Youth, Inc. was born.

The heart UNITY is its network of affiliated youth councils, the first were established in Alabama, California, and Oklahoma. Convening an annual conference was also central to UNITY’s mission. At the National Youth Leadership Conference in 1980 in Great Falls, Montana, Native youth drafted and adopted a “Declaration for Independence”, which encouraged Native youth to play an active role in creating healthy communities and proclaimed that challenges in Native communities had to be addressed and solved by Natives themselves. Never before, had Native youth worked together on an issue of such importance with such insight and conviction, thus the beginning of UNITY’s legacy of youth led initiatives.

This collaborative effort led to the creation of the National UNITY Network and the National UNITY Council in 1992. The network is a membership organization that offers Native youth spiritual, cultural, physical and educational support through its programs and services. The National Council is the representative voice of the network and offers youth a means for interacting, deliberating and voicing common ideas and concerns to their tribes, villages, communities and the general public.

In 2013, J.R. Cook retired after decades of tireless service to American Indian youth. Mary Kim Titla, a former UNITY youth, former Youth Council Advisor and UNITY Council of Trustees member was appointed Executive Director. The UNITY national headquarters were moved to Mesa, Arizona where the organization continues to grow. A highlight of the past two years was the opportunity UNITY had to co-host the 2015 White House Tribal Youth Gathering last July in Washington, DC. More than 1,200 youth from across the country gathered to discuss issues and solutions pertinent to them with top government officials. The youth were also honored with an inspiring and uplifting speech delivered by First Lady Michelle Obama.

Today, UNITY has 161 Youth Councils in 36 states. Among UNITY’s nationally acclaimed leadership programs include the Today’s Native Leaders National Youth Leadership Initiative, a Cooperative Agreement between UNITY and OJJDP, the 25 Under 25 Leadership Award Program and the Earth Ambassador program.

On Saturday, April 16, 2016, let’s all take a moment to wish UNITY a Happy 40th Birthday and thank Native youth for all they contribute to our communities.