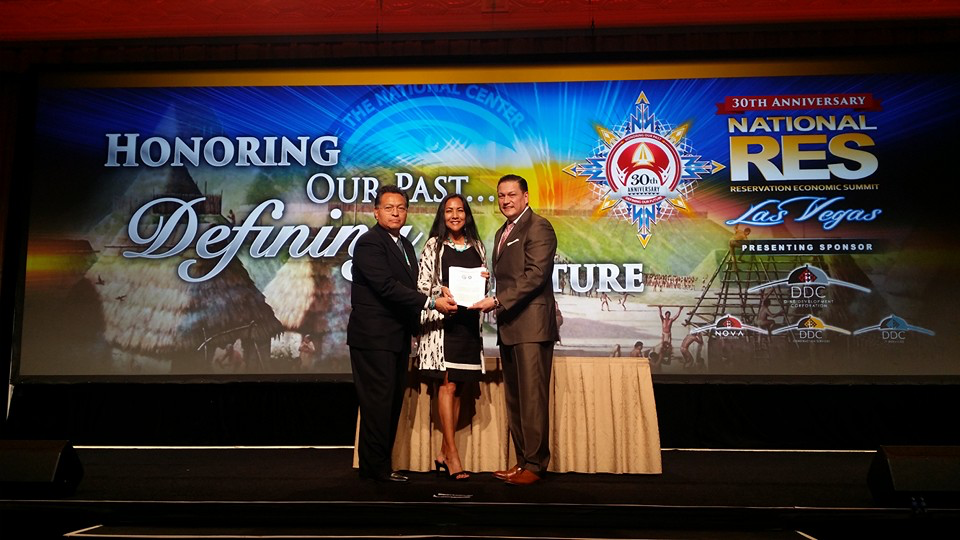 UNITY has officially entered into a partnership with the National Center for American Indian Enterprise Development (NCAIED) to support and provide guidance to a new generation of young Native American and Alaska Native entrepreneurs. The two nationally-recognized organizations have partnered to create youth-oriented entrepreneurial education, and offer on-going resources for Native youth.
The signing of the MOU took place at NCAIED’s annual Reservation Economic Summit (RES) in Las Vegas, Nevada on March 22, 2016. The signing ceremony included Gary Davis, President/CEO of the NCAIED, Derrick Watchman, Board Chairman of the NCAIED, and Mary Kim Titla, Executive Director of UNITY.