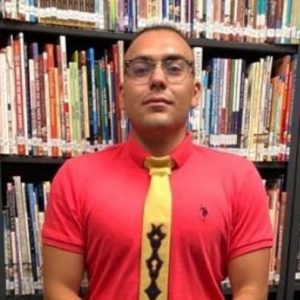 Elwood McClellan Jr is a member of the Iowa Tribe of Oklahoma. Mr. McClellan is the Southern Plains Region Representative to the National UNITY Council Executive Committee.

This has all taken place during Mr. McClellan’s time at the University of Oklahoma where he is pursuing his bachelor’s degree in Human Relations. The experiences throughout his life and material that his degree path has provided, he plans to directly apply his studies to Indigenous communities.