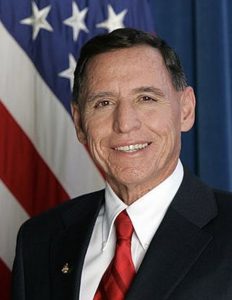 Henry Lozano, of Apache ancestry, is a non-profit executive and grassroots organizer. His years of public service culminated in his post at the White House as Deputy Assistant to the President and Director of USA Freedom Corps. On August 10, 2011, he was appointed to serve as the Director of Los Angeles County Teen Challenge and Urban Ministries Initiatives.

As director, Lozano coordinated service and volunteering efforts with organizations ranging from the Peace Corps and AmeriCorps to the Senior Corps and the Points of Light Foundation. He oversaw creation of the volunteer.gov website (which recently evolved into www.serve.gov, the “central hub” for service and volunteer coordination under President Obama). Lozano is a graduate of Teen Challenge, a spiritually-based recovery program. Throughout his career, he has championed many causes, especially those related to substance abuse prevention and recovery programs.