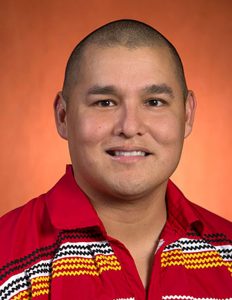 Kyle Doney graduated from Florida State University in 2007 with a bachelor’s degree in political science and a minor in criminology. He joined the Seminole Tribe of Florida’s Native Learning Center in February 2011. As the NLC Deputy Executive Director, he assumes the responsibility for directing the overall initiatives to achieve the primary objectives of NAHASDA. In addition, Mr. Doney is a Commissioner on the Seminole Tribe of Florida’s Gaming Commission.

Mr. Doney was selected as a member on the Florida State University’s Alumni Association National Board of Directors in 2008, where he continues to work to build their network of alumni and friends and sustain meaningful relationships on behalf of the Florida State University.  In 2017, he became a University President appointee to the President’s Advisory Panel on University Namings and Recognitions, to examine and make recommendations on current university policies concerning campus names and markers, including statues and other recognitions. Mr. Doney joined the UNITY Council of Trustees in 2017.