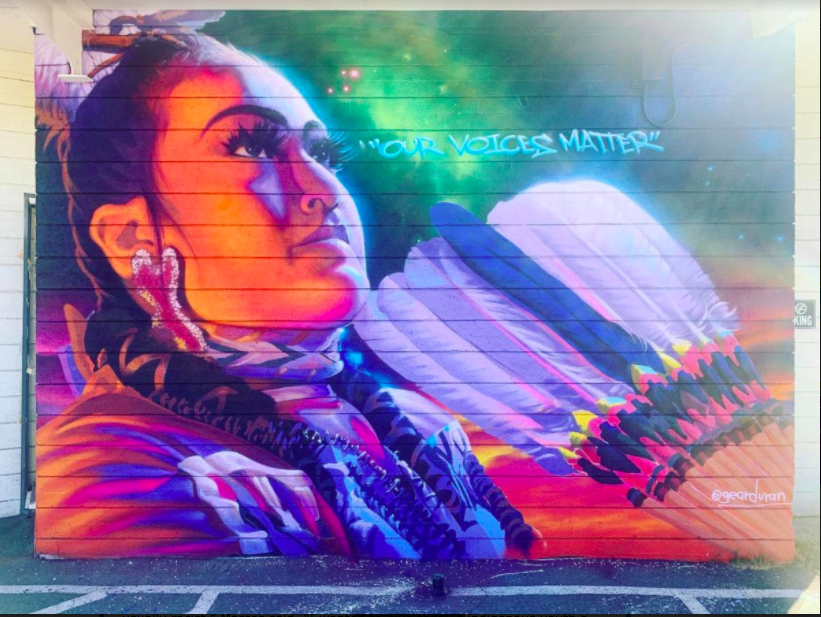 Earlier this week, the Las Vegas Indian Center unveiled their “Our Voices Matter” mural to a socially distanced crowd and media. The beautiful artwork was painted by local artist Gear Duran and was created for the specific purpose of increasing civic engagement among the youth and Native population around Las Vegas. 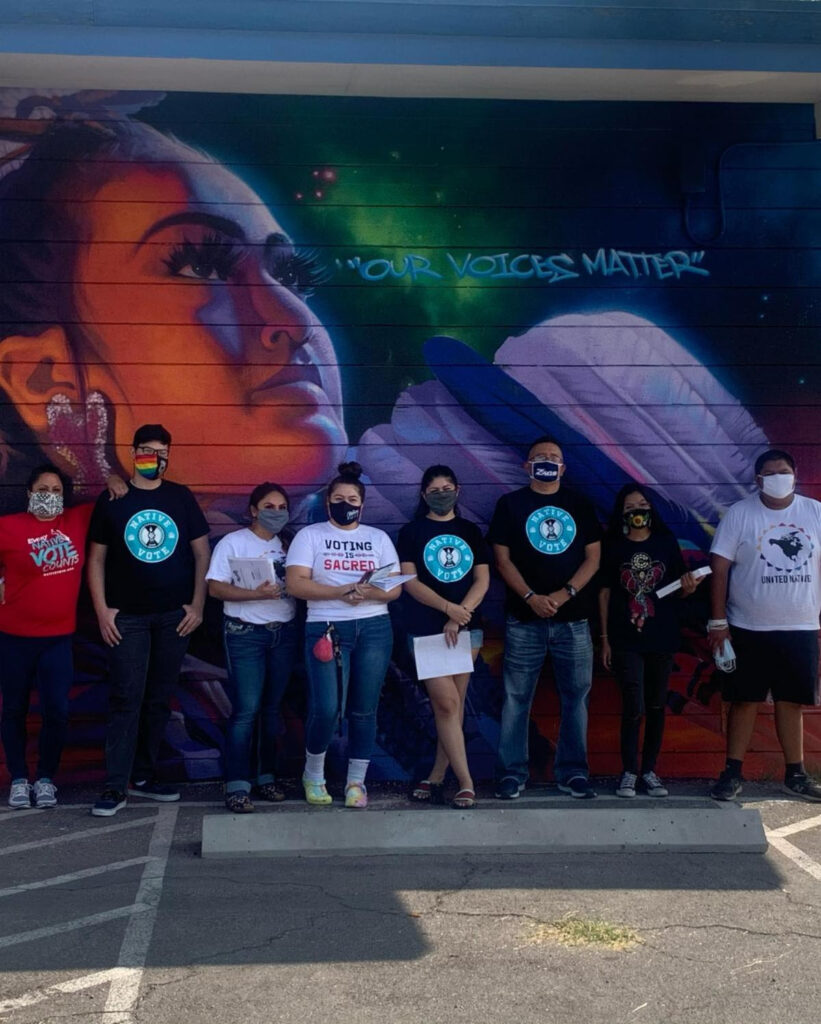 The mural was meant to highlight the beauty of Indigenous people and to provide an example of Native people often missed in mainstream media. The subject of the mural, Amaia Marcos, a 19-year-old physics student at the College of Southern Nevada never intended for her face to be used while she helped organize the project but agreed because of how important the project was.
“Growing up we only had cartoons that looked like us, and they were usually racist,” Marcos said. “I wanted to give today’s indigenous youth a real person to look up to.”
The unveiling kicked off an aggressive public outreach campaign from the LVIC, which will feature weekly events, like a car parade with a large electronic billboard that will promote the Native Vote. They have also joined a public relations effort with Silver State Voices, that is coordinating 17 groups around Nevada to amplify their messages around the election.

Like so many others, LVIC has also needed to work out events that would be safe and engaging. They hosted an Indian Taco event near their center, where people could come enjoy a hearty meal and work with the center to create a vote plan. These events have been something the community has been asking for, with so many searching for safe ways to get out of the house.
“The community has been working with us on these events,” said Rulon Pete, LCIV’s Executive Director. “People are coming to ask; how can we help? They want to work with us spread the message and that’s what I’m the most grateful for. Without the community, we wouldn’t have a center.”