Through this partnership, IllumiNative will host an event at this year’s Santa Fe Indian Market: Indigenous Futures: Envisioning The Next 100 Years, an exclusive experience where guests can enjoy Indigenous programming and empowering panel discussions, a curated, multimedia art experience centered in Indigenous Futurism, food and beverages from Indigenous vendors, pop up shops, a short-film screening, a Livestream of the SWAIA Finale Indigenous Fashion Show on August 21st, and swag bags and merchandise designed by Urban Native Era. 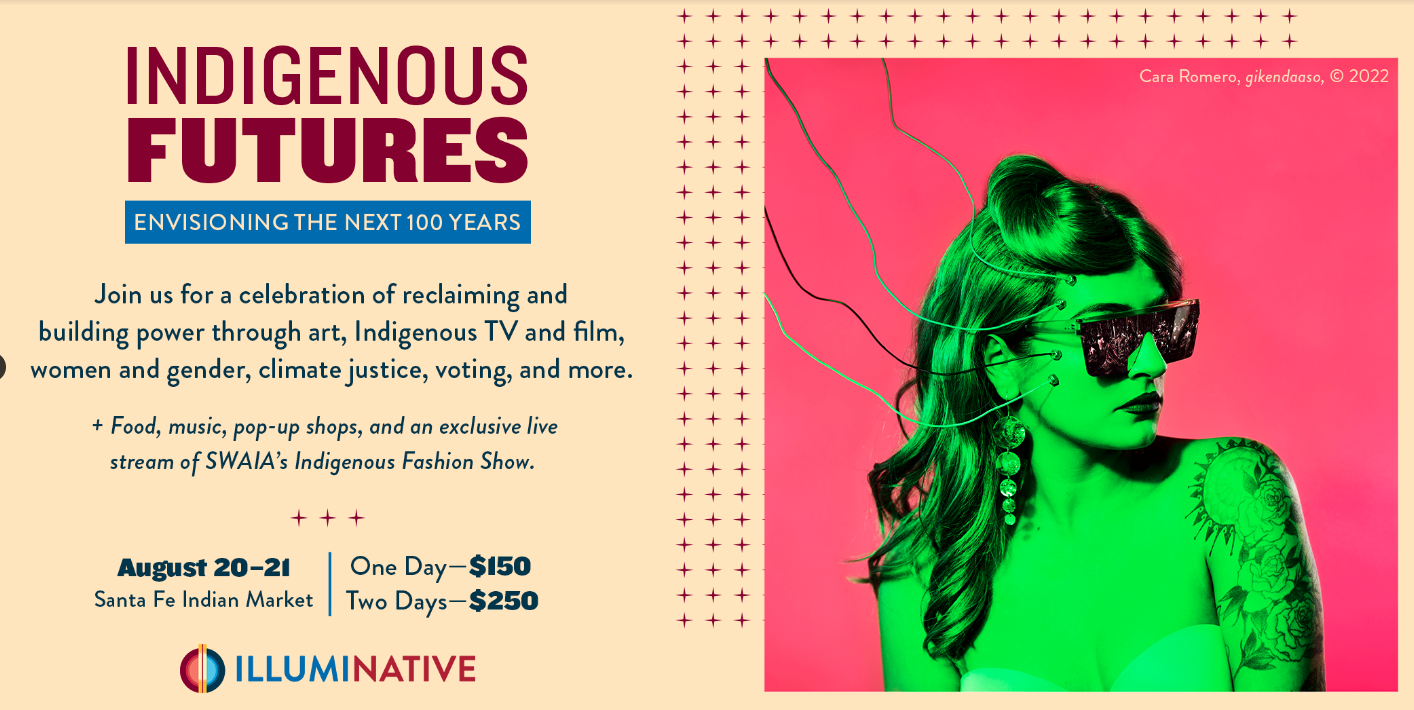 “Despite its name, the Santa Fe Indian Market was always driven by non-Natives. Over the course of its history, Native artists were not only exploited and objectified, but in its beginnings Native artists also weren’t even allowed to attend, let alone sell there. On their centennial anniversary, we wanted to not only celebrate Native art, cultures, leadership, and the beauty of our humanity but reclaim our narrative and power. We look forward to hosting a space where we can have fun, educate, connect, and come together to discuss important issues and build power and change for Indian Country.”

The programming and art will be centered around the themes of voting and building power, climate justice, women and gender, and representation in art, film and TV as a way to envision a new era for Indian Country for the next century.

Artists featured will include:

For more information or if you’re interested in attending, please reach out to IllumiNative@sunshinesachs.com.