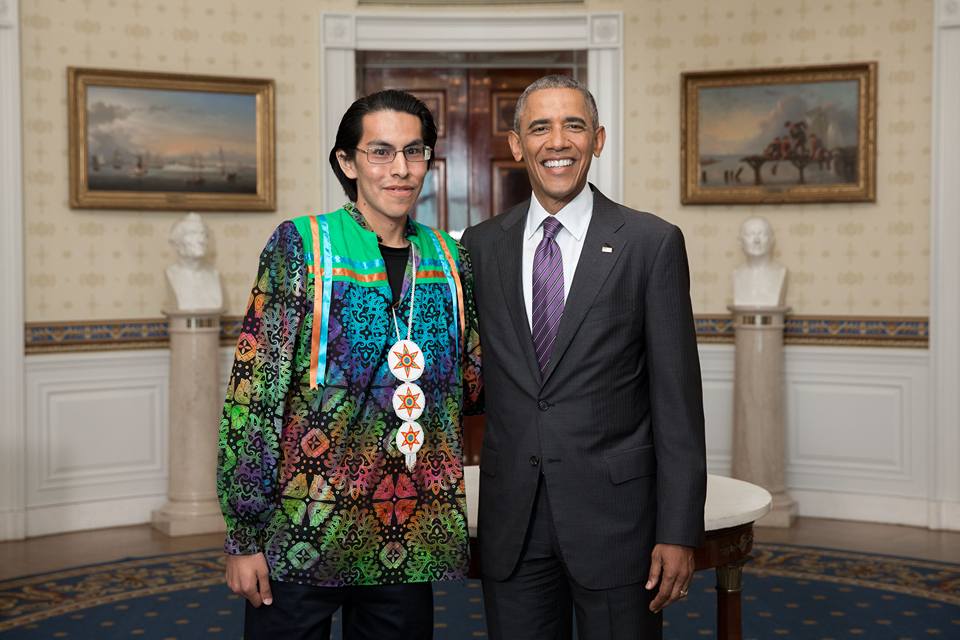 Do you know a UNITY alum who should be recognized for their outstanding achievement and contributions to the Native American community? UNITY is accepting nominations for its prestigious Eddie Wadda Alumni of the Year award.

END_OF_DOCUMENT_TOKEN_TO_BE_REPLACED

We recently caught up to UNITY alumna Amira Madison. Below she share’s details about her life journey thus far and how UNITY impacted her life.

END_OF_DOCUMENT_TOKEN_TO_BE_REPLACED

The UNITY Fire has been added as a POST-Midyear conference training featuring Alumni Firekeepers Sleepyeye LaFromboise and Sheldon Smith.
Take the UNITY Fire to your community! Learn more on how Native youth can build your own UNITY Fire by working closely with local elders, trained mental health professionals, behavioral health counselors and traditional healers.  The training will be held on Monday, February 18, 2019. Registration is limited to the first 25 youth who sign up. Participants must be registered for the 2019 UNITY Midyear Conference to attend this session.

END_OF_DOCUMENT_TOKEN_TO_BE_REPLACED

Globe High School senior Robert “BJ” Burries Jr. entered his January 8th game against San Carlos Secondary School with 2,993 career points, which put him third for all-time in the state of Arizona. “BJ,” a nickname known for him throughout the San Carlos Apache reservation grew up playing “RezBall” while also competing in off reservation tournaments and leagues.

END_OF_DOCUMENT_TOKEN_TO_BE_REPLACED

“When I began with UNITY at 13, it was at a time that I knew I had a story to share but I didn’t know how to share it. UNITY gave me the tools I needed to be comfortable speaking in front of a large crowd. When I served as UNITY Co-President, I gained more,” said Dan Terrio, who was featured as a TEDx Talk speaker earlier this month.
END_OF_DOCUMENT_TOKEN_TO_BE_REPLACED

Layha Spoonhunter received the “Eddie Wadda Alumni of the Year Award” at the 2018 National UNITY Conference in San Diego, California at the 42nd Annual UNITY Gala banquet, Sunday, July 8, for his dedication and leadership reaching his community and American Indian youth through service and advocacy.  END_OF_DOCUMENT_TOKEN_TO_BE_REPLACED

Did you know? New York Yankee served as UNITY Trustee

The late Allie Reynolds, a Muscogee Creek, was known as one of the finest pitchers in the Major Leagues. He gained national prominence as a pitcher for the New York Yankees during their 1950s dynasty. Prior to that he played for the Cleveland Indians. In 1951, he received the Ray Hickok Award, which honored the top professional athlete of the year. He played with and against the likes of baseball legends Joe DiMaggio, Yogi Berra, Ted Williams, Jackie Robinson, Joe Garagiola, Sr. and Mickey Mantle. END_OF_DOCUMENT_TOKEN_TO_BE_REPLACED

Getting to Know UNITY’s Advisor of the Year

The 2018 National Conference culminated with the annual UNITY Gala where the Council of Trustees announced annual awards to those who have gone above and beyond in their service to Native youth. Among the award winners, Ashley Dillion from the San Carlos Apache Tribe was honored as the J.R. Cook Youth Advisor of the Year.  UNITY interviewed Dillion to share her insight as an Advisor with others:

END_OF_DOCUMENT_TOKEN_TO_BE_REPLACED

The title of Jr Miss White Mountain Apache was created in 2006 but has been consistent since 2008. It was the first time our tribe would have a representative between the ages of 13 to 17. In 2008, there were 10 contestants who competed for the title, each young girl representing different parts of the White Mountain Apache reservation. END_OF_DOCUMENT_TOKEN_TO_BE_REPLACED